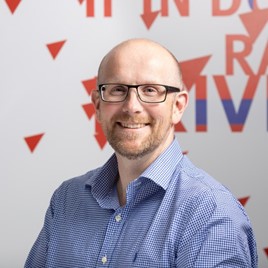 Car retailers will have to open up to the prospect of collaboration and integration in order to deliver a digital transformation that will benefit car retailers and buyers alike, according to Jardine Motor Group’s Matt Wrigley.

Wrigley, group marketing director at the Colchester-based AM100 retail group, believes that a drip-feed development of online retail solutions for new vehicles now needs to deliver real results for the sector, but insists that collaboration is the key to success.

“It can’t come soon enough,” said Wrigley. “The market has reached a point where this is something that retailers have to offer – they can’t just sit back and leave it to the manufacturers.

“Customers need to be able to do the whole process online if they wish. And if they choose to duck out part-way through and go into the showroom then their preferences should follow them.

“Customers expect a seamless process and that’s what we need to deliver.”

Wrigley said that Jardine’s own end-to-end retail solution would be rolled out in Q1, 2019.

He also revealed how integration of the group’s various consumer review platforms has boosted its online reputation and said that streamlined services were the key to future success.

Bringing Jardine’s Reevoo and Auto Trader ratings together with the widely-viewed Google ratings offering, the group was able to improve its perception by casual web browsers with a boost in rating from 2 to an average of 4.6, he said.

“It’s just one of the ways that we have looked at how the group’s various systems and platforms could be brought together and streamlined to benefit the business in some way,” said Wrigley.

“Our work with reviews was quite a straightforward step, but something that people might not immediately think of implementing.”

Wrigley was brought into the Jardine fold from a post as group marketing and CRM director at Mercedes-Benz Retail Group three years ago and was initially charged with streamlining Jardine’s dealer management systems, but his work since has delved further into the digital retail space.

He said: “The group had made many acquisitions when I joined and the first task was to fix the infrastructure. There were eight DMS systems attached to brands represented by 70 dealerships.

“We’ve been able to integrate them at a higher level throughout SalesForce system so that we not have a single ‘golden record’ of the customer. That process will have been completed by December.”

Wrigley said that the system goes some way to preparing Jardine for the arrival of the connected car and the connected dealership, as well as reducing employee inputs.

The system uses AI and machine learning to work with the group’s vehicle data and auto populate classified adverts vehicle descriptions for platforms such as Auto Trader, including “attention grabbers”, Wrigley said.

He said: “That’s 20,000 descriptions a year, saving time and giving us more descriptions and more qualifications. We calculate that will save around 160 hours of work each month.”

Wrigley said that the AX Semantics system even has the ability to create detailed analysis of the effects of its descriptions, noting stock turn speed and learning from the successful application of certain key terms, without replicating descriptions – even across a sample of five identical vehicles.

Other innovation trials at Jardine are having a more direct impact on their customer experience.

Wrigley said that the group is currently trialling online vehicle check-in at the service departments of its Audi and Mercedes-Benz retailers.

He said: “The customer can get register their arrival at the dealership, get a print-out and an envelope for their keys and then leave their keys in a locker.

“It saves what some customers see as the rigmarole of checking-in with a service advisor.”