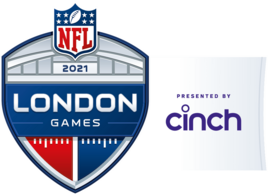 The partnership sees cinch become the presenting partner of the NFL London Games and lead partner of NFL UK from the start of the 2021 season.

Cinch branding will be displayed from endzone to endzone and beyond at the NFL’s London home base - Tottenham Hotspur Stadium - for the two sold-out NFL London Games in October, and across Sky Sports with sponsorship of Sunday Night Football and Sky Sports NFL.

Cinch will also be giving Britain’s NFL fans the chance to attend the annual sporting spectacle, the Super Bowl XLVI, in February 2022.

Avril Palmer-Baunack, chairman of Constellation Automotive Group, which owns cinch, said: "This is a significant and exciting partnership for cinch.

“NFL is a hugely popular sport in the UK and Europe, with fantastic growth year on year.

“cinch is one of the fastest growing brands in the UK and the NFL’s drive for success fits perfectly with cinch’s focus on delivering more faff-free motoring experiences to consumers across the UK.

“We can’t wait to get to know NFL fans and bring more excitement to a thrilling sport.”

Cinch continues to grow its sports, festivals and entertainment partnerships portfolio including the ECB, as principal partner of England Cricket; SPFL; Tottenham Hotspur, the LTA for the cinch Championships; the Northampton Saints and The British Motor Show.

The platform launched ten months ago and is currently generating annualised sales of over 70,000 vehicles, it said. 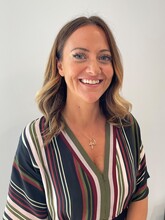